A Face Behind the Thought

Home / Featured Moms • Fitness • Food / A Face Behind the Thought 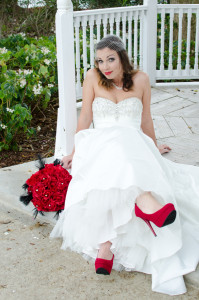 Once upon a time, there lived a loving adventurous little girl. Well actually, she was never really THAT little compared to other girls her age. She was always the taller string bean of the group. This little girl grew up in a Suburb of Houston TX, LaPorte. She jumped fences, traveled through storm pipes, and fed horses she discovered on a back road walk. She was full of Life.

She went from little, to awkward. She wasn’t a woman, but wasn’t a girl. She wanted to find a perfect fit somewhere in life. She did well in most sports (but never stuck out). She did well in social environments, but would rather be with just one or two friends at a time. She loved to act and sing, but could never get passed being pretty good.

The little girl moved from her roots of LaPorte TX (32,813 population) to a whole new world of Coral Springs FL (122,984 population). She lost herself in life when she was 14 years old. She even lost her place alphabetically in school. She went from ALWAYS being the first in school, with the last name Abbott, to getting stuck behind kids with last names like Abad. This is so minute to most, but it always stuck in her mind.

The little girl had a choice to make, be miserable and cooped up in her 2nd floor apartment, or learn what new adventures were ahead of her. She bravely embraced her surroundings. She played basketball with the neighborhood boys, learned how to cornrow, and became very involved with her church. She stayed as busy as possible.

Now the little girl was a “young adult.” 17 to be exact. She thought she was bigger than she really was. She got involved with deception and hiding. She KNEW nobody would understand her situation. She acted like a big girl with a grown man. When she turned 18, it all went downhill from there. The little girl thought she was better than people her age. They were stupid, and rude. The little girl decided she should skip over being young and become a wife to this older man, and a stepmom to his children.

She never regretted getting married at 19 years old. She made a decision that if she was going to give this man her purity (at 17) she was going to have to give him her life forever. She chose to love him no matter what. Even though, he was never really loving to her, she loved him. She worked hard to be a good wife and stepmom.

Then she became a mom herself. The little girl gave birth to a little girl. That baby changed her life forever. When that baby was 4 months old, that man left. He chose to leave all they had worked for. He finally outwardly said it, “I’m not in love with you.” The little girl thought she was lost before in her younger years, but this was a wakeup call for her. The little girl lost her husband, her stepkids, her home, …herself.

What do you when you fall flat on your face? Get up, and give your sorrows to God. She lived with her parents, went to school (to finish her BA), worked as close to 40 hrs a week as her Publix job would give her, and went to church. It was during these years, that she decided being a big girl sucked. She wanted to see what she missed out on from age 18-23. The only problem is, moms can’t be big girls as easily.

The little girl worked hard at doing what was right, and fell short often. Little by little, things started working out for her. She met a man she would never have considered to be her type. God knew what she needed more than she did. She had another beautiful baby, moved into an even better house than she had owned previously, graduated with her Bachelors Degree, and married the man God meant for her to have. Did I mention that man was the Abad that always beat her in the alphabet in school?

God’s timing is perfect, it took the little girl 28 years to realize this, but she now knows. After she graduated with her degree, she and her husband felt like she should stay at home with their son. So 2 years went by, and this mom here did even more. This mom here juggled house work with workouts. She made dinner and was on time to her daughter’s dance class. This mom here does all sorts of wood work and crafts, and 5K races with her husband.

This mom here wanted to reach out to any other moms who felt lost, or wanted to show the world their accomplishments. This mom here decided to work with her husband and make a site where all sorts of moms can come together. This little girl is now this mom here. She wants everyone to be proud of “this mom here.” we are all runners in this marathon of life. We are all This Mom Here.

About the Author: christine abad